Armed and Gelatinous: Arcade Edition is a fast-paced competitive multiplayer space-shooter that pits friends against one another in epic battles of blob warfare! Load up on firepower and blast your opponents by sticking weapons to your gelatinous body. But beware that your blob grows larger with each weapon collected making you an easy target for fully-charged Dash Attacks!

Two 4-Player team-based sports modes add some serious replay value to the mix! Trade off playing goalie and striker in Blob Soccer or really put your dash-tackling skills to the test in Blob Blitz! Additionally parties of 4 in Battle Mode can select 2v2 Team Tussle, which turns off friendly fire and combines player scores! 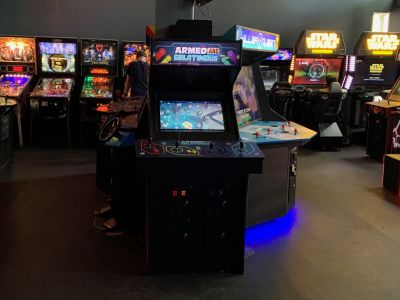 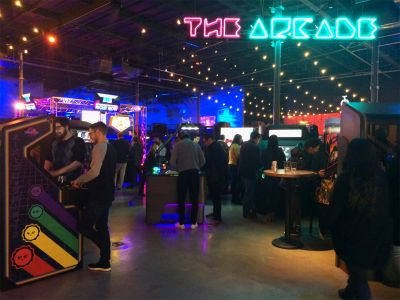 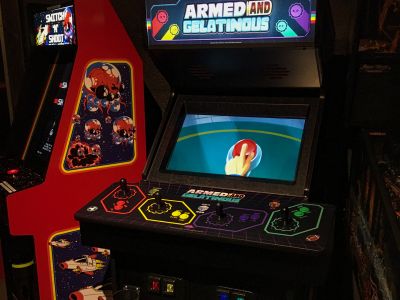 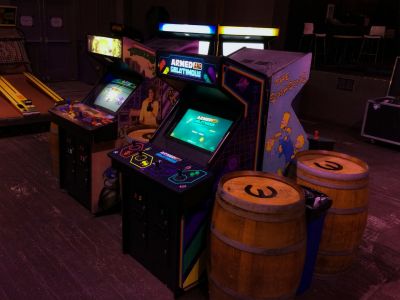 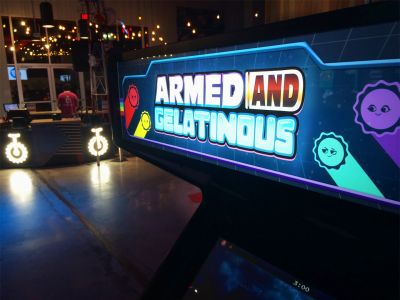 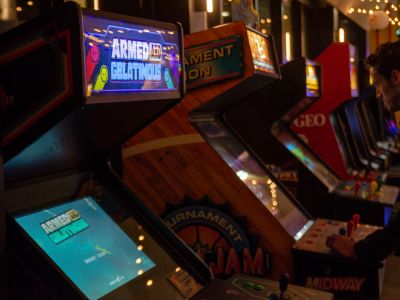 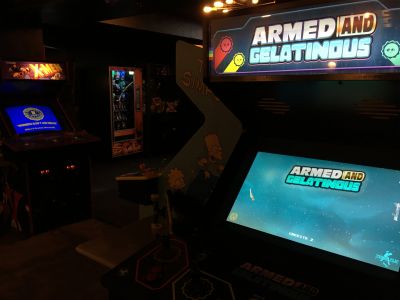 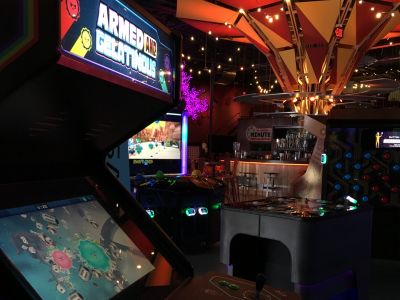 If you’re interested in ordering an Armed and Gelatinous arcade cabinet or have any questions about the machine or game itself, fill out the form below with your contact info and we’ll get in touch. NOTE: As our machines are made-to-order and built by hand, please allow a one-month lead time for production, assembly, and delivery.